Antarctica has an incredible density of wildlife, the majority of it dependent on the sea. (The largest land-based creature in Antarctica is a wingless midge about half an inch long, and most travelers aren’t there to see it!) The region’s megafauna, animals like penguins and seals, rely on the rich Antarctic seas for their survival. Antarctic waters are a rich feeding ground of fish, krill, squid and crustaceans, which in turn support large populations of penguins, whales, seals, and a multitude of seabirds.
Wildlife can be seen throughout the region, but if you want to maximize wildlife sightings during your journey, it is recommended to take a cruise that includes South Georgia and the Falkland Islands. These islands offer unparalleled density of wildlife, including vast penguin colonies, seal breeding grounds, and albatross nesting sites.
Below you can see some of the most common wildlife you might encounter on your Antarctica expedition cruise.

Perhaps the region’s most charming species, penguins are known for their waddling gait and fancy dress. Antarctica hosts a variety of penguin species:
Emperor Penguins 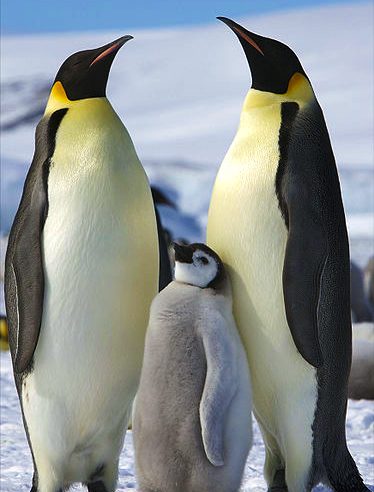 Emperor Penguins are tall and elegant, with an average adult height of about 3.8 feet and weighing in at around 60 pounds. Found along the coasts of the Antarctic continent, Emperor Penguins breed in some of the world’s most inhospitable places, like on the region’s winter ice floes. Many Emperor Penguins never even set foot on solid ground! Their typical breeding season is between late April and May, with eggs laid in May or June. At this point, the females head off to sea and the male Emperors take over, huddling together on the ice with their eggs on their feet, incubated under a fold of belly skin. The males do not eat during this time and spend most of the time sleeping; they typically lose up to 40% of their body weight during egg incubation. About four months later, usually right around the time the eggs are hatching, the females return from the sea, calling for their mates. The newly-hatched chicks are passed over to their mothers’ feet, and the fathers march off across the ice to feed and regain their strength in the sea. From this point, mother and father take it in turns to keep the chick warm and bring it food.
King Penguins 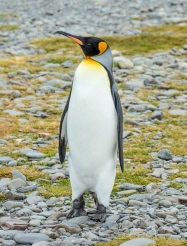 King Penguins are also large, but come in a bit under the Emperors, with an average adult size of about 3.1 feet and 33 pounds. Their breeding season begins between November and January, and they typically raise two chicks every three years. Since their breeding times are staggered, there are often chicks present in the colonies throughout the year. Like the Emperor Penguins, the Kings don’t nest. Eggs are incubated on the parents’ feet, shuffled from one parent to the other every week or two. The chick is similarly protected once it hatches, and parents care for their young until they reach about 90% of adult size and lose their fluffy baby down, which takes three to four months. Once they have shed their down they are ready to enter the water, and set off for the Antarctic sea. They typically return to the colony at around three years of age to begin the breeding cycle. King Penguins can dive down nearly 330 feet in the Antarctic waters, allowing them to pursue squid as a significant part of their diet. Kings are mainly found on the sub-Antarctic islands, where they occupy slopes near the beach. They also have a major colony on South Georgia Island, considered the largest King Penguin rookery in the world.
Adelie Penguins 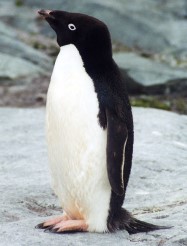 Pudgy little fellows, the Adelie Penguins have an average adult size of about 28 inches and 11 pounds. What they lack in size, however, they make up for in attitude – Adelie colonies are raucous and active, and can easily be located by the pungent smell of abundant guano. Adelies are also known to peck hard when they get annoyed; they tend to build their nests just far enough apart that they can’t reach other. The male Adelies start the nests, which are slightly raised and lined with pebbles, then the females arrive and they finish the nest together. Breeding season is from November to February. Adelies typically lay two eggs, which usually hatch within a few days of each other. Like Emperor Penguins, they are found in the extreme southern latitudes where the winters are harshest. The parents trade off incubation and feeding duties until the chicks are old enough to be left alone, at which point both parents will fish and bring back food for the young.
Chinstrap Penguins 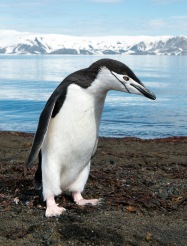 Named for their distinctive facial markings, the little Chinstrap Penguins come in at around 27 inches tall and 10 pounds. Their breeding season begins in November or December and continues until March. Like the Adelies, they’re known to be rather noisy and somewhat aggressive, squabbling over and stealing from each other the little pebbles that they use to line their nests. Eggs and chicks are cared for by each parent in turn while the other hunts for krill to bring back.
Gentoo Penguins 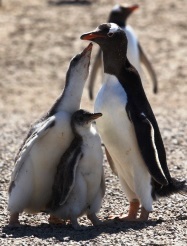 Gentoo Penguins come in at around 28 inches tall and about 12 pounds, but they tend to be far more sedate than their fellow small penguins, the Adelies and Chinstraps. They live furthest north of the Antarctic penguins, and the majority of the population are found in the South Shetland Islands and the Falkland Islands and South Georgia. Their breeding season is December to March, and they typically lay two eggs and share incubation and feeding responsibility equally between both parents. Gentoos also build pebble-lined nests located just far enough apart that that occupants of two given nests can’t quite reach each other, even if both try to peck at once. 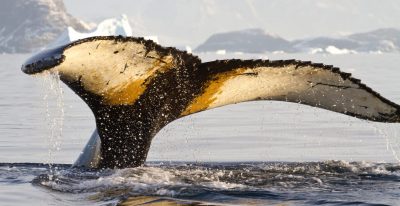 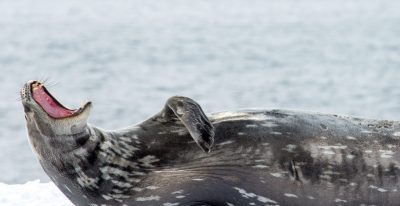